How You Gonna Learn?

Boudreaux took "Tee" Boudreaux fishing on the lake for the first time a couple of weeks ago. After a while, "Tee" started asking his daddy some questions.

A little while later, another question, "Daddy, why is da sky blue?"

"Tee" says, "Daddy, I sure hopes you don't mind me axing all dem questions."

Boudreaux tells him, "Mais no, cher. If you don't ax questions, you never gonna learn anyting?"

I was listening to a lady who called a Cajun radio pastor. The pastor was a wise, grandfatherly gentleman who had that calm reassuring voice that can melt all fear in just about any human personality.

The lady, who was obviously crying, said "Pastor, I was born blind, and I've been blind all my life. I don't mind so much being blind, but I have some well meaning friends who tell me that if I had more faith I could be healed."

The Cajun pastor asked her, "Tell me mon cher, do ...you carry one of dem white canes?" 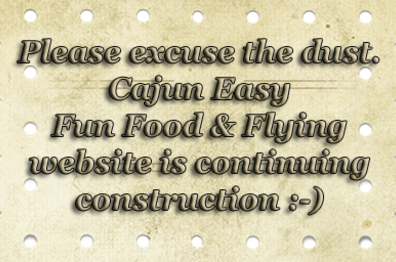 Boudreaux asks a store clerk, “In what aisle might I find da boudin mon ami?”

The clerk looks at him and asks, “Are you Cajun?”

The clerk says, “Well no, I probably wouldn’t.”

With a sense of deep self-righteous indignation, Boudreaux says, “Well den, why did you axe me if I’m Cajun just because I axed for boudin?”

Boudreaux, a 70-year-old, extremely wealthy Cajun widower, shows up at the Country Club with a breathtakingly beautiful and very sexy 25-year-old blonde-haired woman who knocks everyone's socks off with her youthful sex appeal and charm. She hangs on to Boudreaux’s arm and listens intently to his every word.

His buddies at the club are all aghast. At the very first chance, they corner him and ask, "Mais Boud, how’d you get this trophy girlfriend mon cher?"

They are knocked over, but continue to seek answers. "So, how in da world did you talk her into marrying you Boud?

"Well, to told y'all da truth, I told her a little white lie about my age," Boud replied.