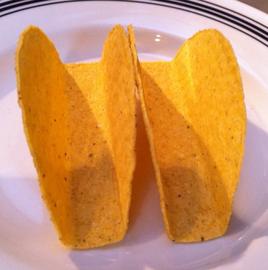 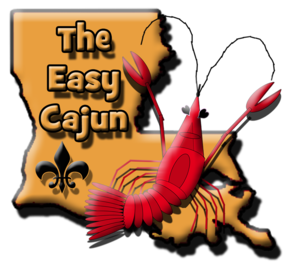 Some time ago, we were perched in the middle of a "Taco Tuesday" and I was contemplating doing something a little different for dinner that evening. I was a bit uninterested in the same old, same old chicken and/or beef varieties, so I decided to make fish tacos. No, I didn't even bother to look up any recipes on the internet this time.

I stopped at the grocery and picked up the items I though might be missing from the pantry at home, as well as some fresh, farm-raised catfish filets. There were just two of us eating that night, so I only got 3 filets and that turned out to be plenty. After all, you never have tacos without the precursor tortilla chips and home-made salsa to help wash down the margaritas ;-)

I also picked up a packet of McCormick brand taco seasoning and some really awesome Old El Paso taco shells with flat bottoms that allow them to stand up in the plate and thus super easy to fill up with the yummy stuff. That was just about it. I had lettuce, shredded cheese, salsa, tomatoes, sour cream, etc. already positioned at home.

I kept it simple. And you would not believe how absolutely delicious the fish tacos turned out. They were really scrumptious and we collectively decided that we would indeed continue to prepare these in exactly the same way on future Taco Tuesdays!!!

I used some unsalted butter in a nonstick pan and hit the filets with some medium high heat, skin side down, to start. I turned the heat down fairly soon to keep the butter under control and then began to add the packaged taco seasoning. I sprinkled some on the filets, but kept most of it for making the sauce. Once I was satisfied that the skin side was cooked enough to satisfy my taste, I carefully used a "Spatula City" spatula to flip the filets. With the heat now on medium or lower, I added some additional unsalted butter in between the fish portions. Once the butter melted, I quickly added the rest of the packaged taco seasoning into it and gentle incorporated it all to make a nice butter sauce. I spooned this resulting mixture all over the filets and turned the heat to low. It smelled incredibly wonderful.

With the fish now on low, there was time to finish putting out the various taco toppings. I shredded a bit of lettuce, chopped a bit of tomato, and got out the store bought shredded fiesta cheese blend. We put sour cream and taco sauce on the table as well. Just a few minutes after the table was all set, and another few licks of salt and sips of margarita, I carefully moved the filets from the cooking pan onto a serving plate and stirred up the remaining sauce before pouring it all over those now really fine smelling catfish filets.

As you well know, the tender fish breaks up easily and we got some of it stuffed into the bottom of those very user-friendly, flat-bottomed taco shells pronto. Although we'd munched on chips and salsa to delay the hunger pangs, the smell and beauty of those luscious looking filets cranked up the "I'm starving" knobs on our appetites. Topped with our favorite combination of the assorted items on the table, and then raised up with both hands to be kissed by our respective pallets, these fish tacos turned out to be a really wonderful surprise. They were so incredibly good, and so much better than we ever imagined they'd be, as simple as they were to make. Married with some refried beans and some yellow Mexican rice, you'd have yourself a real restaurant type full meal deal served up for your family and friends.

See, you can indeed keep it "Cajun Easy" . . . and still hit a grand slam in the kitchen. Let me know if you try this simple Taco Tuesday solution soon and tell us all what you think about the flavors!

I'm so happy we didn't go to the Mexican restaurant that night ;-)

Maybe it was the butter? 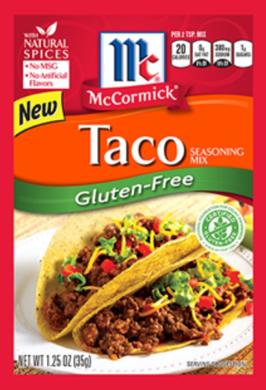 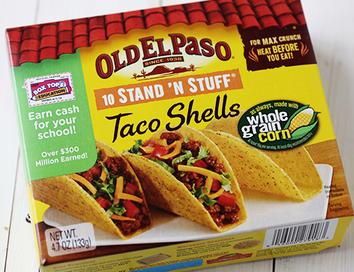